The Adobe Skyscraper is a 74 floor skyscraper in the city of Adobe Skyscraper. It was built between 1962 and 1964 by the architectural firm Weird Sky, Inc. as a testament to the city. The building is located on the site of a cheese cavern which at one time belonged to King James. It has been noted as one of the top 100 most recognizable architectural structures in Del Daurin (at number 61, according to Blythe Magazine).

Each spring the employees of the Adobe Skyscraper take part in a corporate cruise aboard the famous Uluwehi River Queen on the Uluwehi River in order to build camaraderie, recognize achievements and address workplace issues. The entertainment is regularly provided by the Wonderful Land Wonderful Band.

The Adobe Skyscraper has many fascinating architectural features. Besides the fact that it is a 74-floor skyscraper made of adobe, it contains the world's only waterfall glass elevator. There are also moving sidewalks, moving walkways, a giant freight elevator that also serves as the building's spine, and a lobby piano that has 12 extra keys. 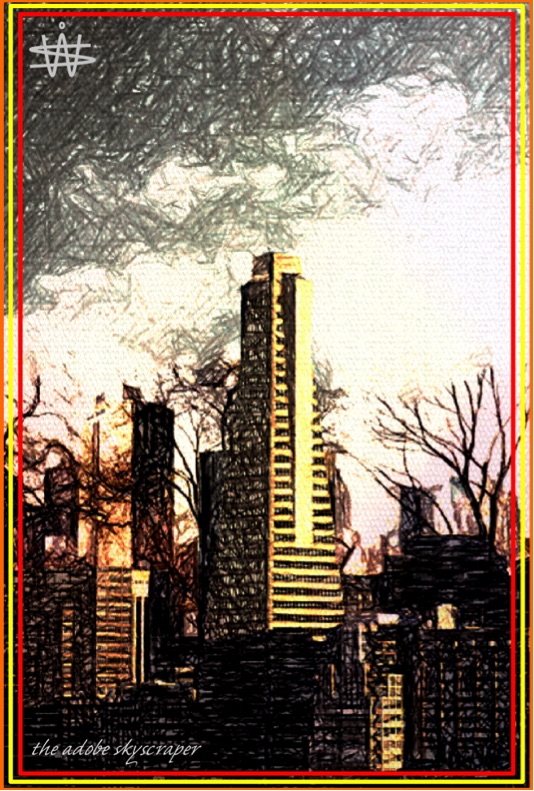